Military Working Dogs save troop lives. Domestically, they protect our boarders, Military bases, diplomats, federal agencies & assets, and are on patrol daily in counter-terrorism efforts as they serve as part of the first line of defense to protect the United States. They are used in combat zones to sniff out IED’s and other bombs, to patrol and scout areas, to apprehend enemies and most of all, to save lives. 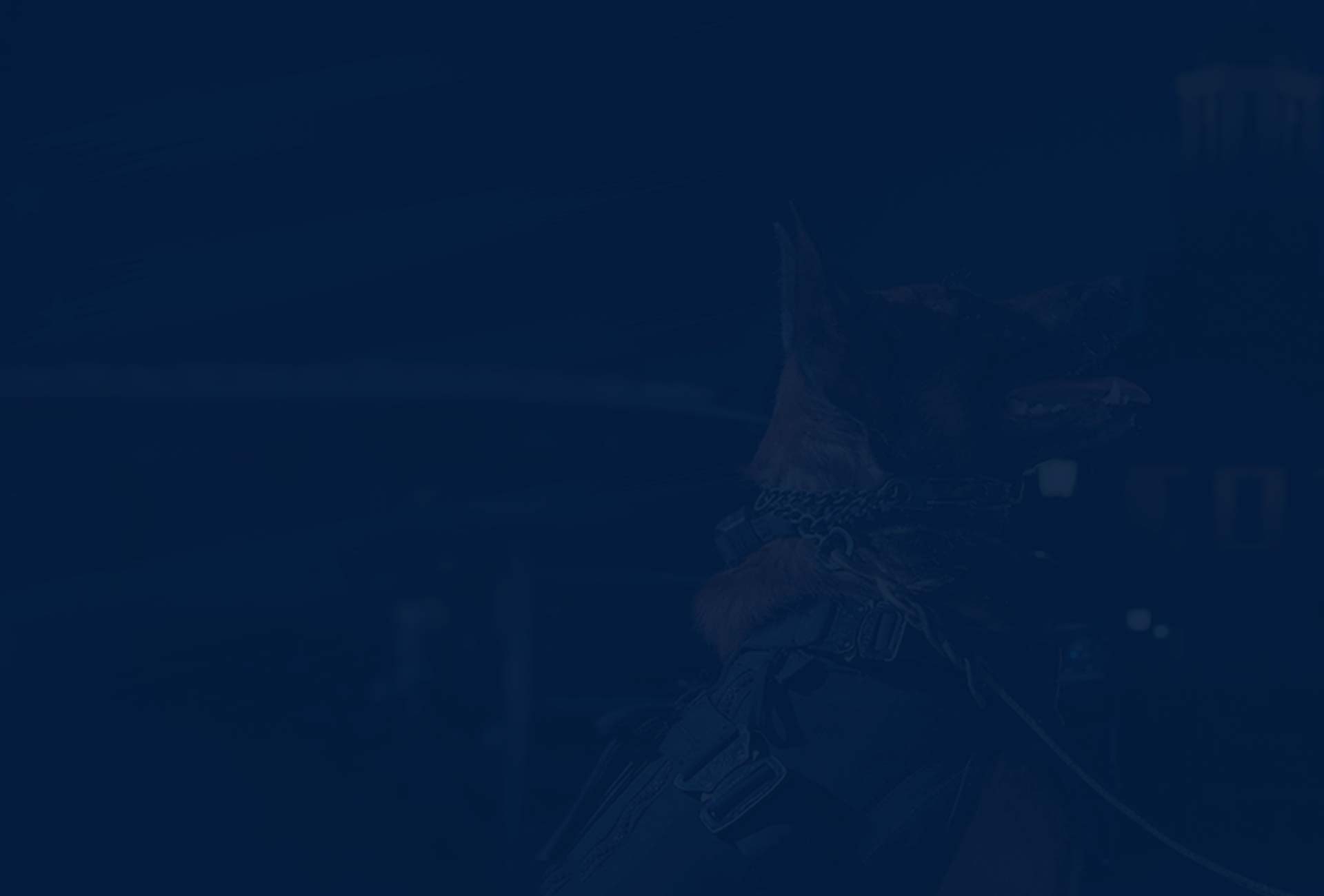 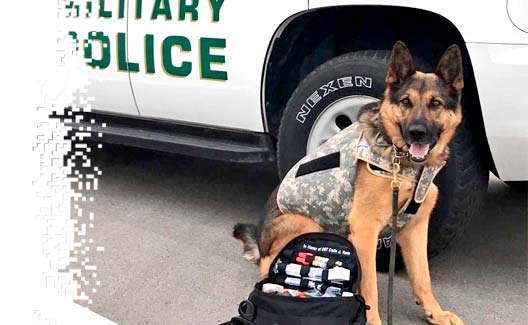 MWD’s are so effective, our enemies have taken out bounties twice the amount of a human solider, thus making them priority targets.

A dog’s sense of smell is 100,000 more sensitive than a human’s. That’s why the U.S. military uses them to detect improvised explosive devices from long distances. There is no technology that compares to a dog’s nose. The United States government has tried to replicate it and failed—to the tune of 19 billion dollars.

The manufactured attempts were deemed 50 percent effective, whereas a Military K9 has an 80 percent success rate. These dogs can smell .025 gram of explosive, making it nearly impossible for them to miss an IED. (Reference source: National Geographic ” Billions Have Been Spent on Technology to Find IEDs, but Dogs Still Do It Better”)

All branches of the US Military are utilizing MWDs specializing in Drug and Bomb detection. They patrol Air Bases, Military compounds, ammunition depots, check points, lead patrols, and clear minefields. There are approximately 2800-3000 of these canines stationed around the world and in high threat zones such as Kuwait, Afghanistan, Iraq, and Saudi Arabia.

In Afghanistan there are approximately 700 Military Service Dogs fighting with and protecting our troops. In the Middle East, the dogs face more than just our enemies, they face almost intolerable climates and terrain. Temperatures repeatedly soar over 130 degrees. Yet they remain loyal soldiers protecting our Military personnel with Courage and Honor.

“So why doesn’t the government supply Military K9’s with this protective gear?” 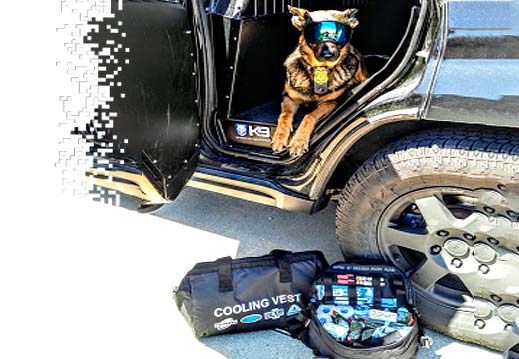 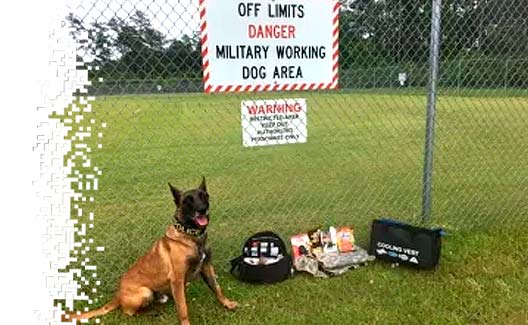 The truth is that there is often too much red tape and too little left in the budget to do so. In some cases the K9s will deploy before their request is even half way through the approval process. In other cases the requisition process requires them to bid out the request to the lowest bidder which not only takes months or years, but it often results in the MWDs receiving an inferior product because the lowest bidder is almost always offering up a retired model or items made with inferior materials.

We provide only the best available equipment utilizing the most state of the art materials available.

We don’t select products based on least cost, we have an active duty K9 Handler advisory board that confirms what works best in the field and what provides the best protection under real-world testing. Different geographies, different climates, and different K9 purposes call for for very specific protection items, its not a “one size fits all” need.

We work directly with the handlers to ensure they are getting the equipment that they need when they need it and where they need it regardless of how difficult or how expensive it may be, even in remote locations. When lives are at stake, cost should not be a deterrent to protecting our troops.

However, none of this is possible without the generous support of donors like you.

Tax-deductible monetary donations provide the means to fulfill these requests by handlers for their K9s.

Please consider making a donation today by clicking below. 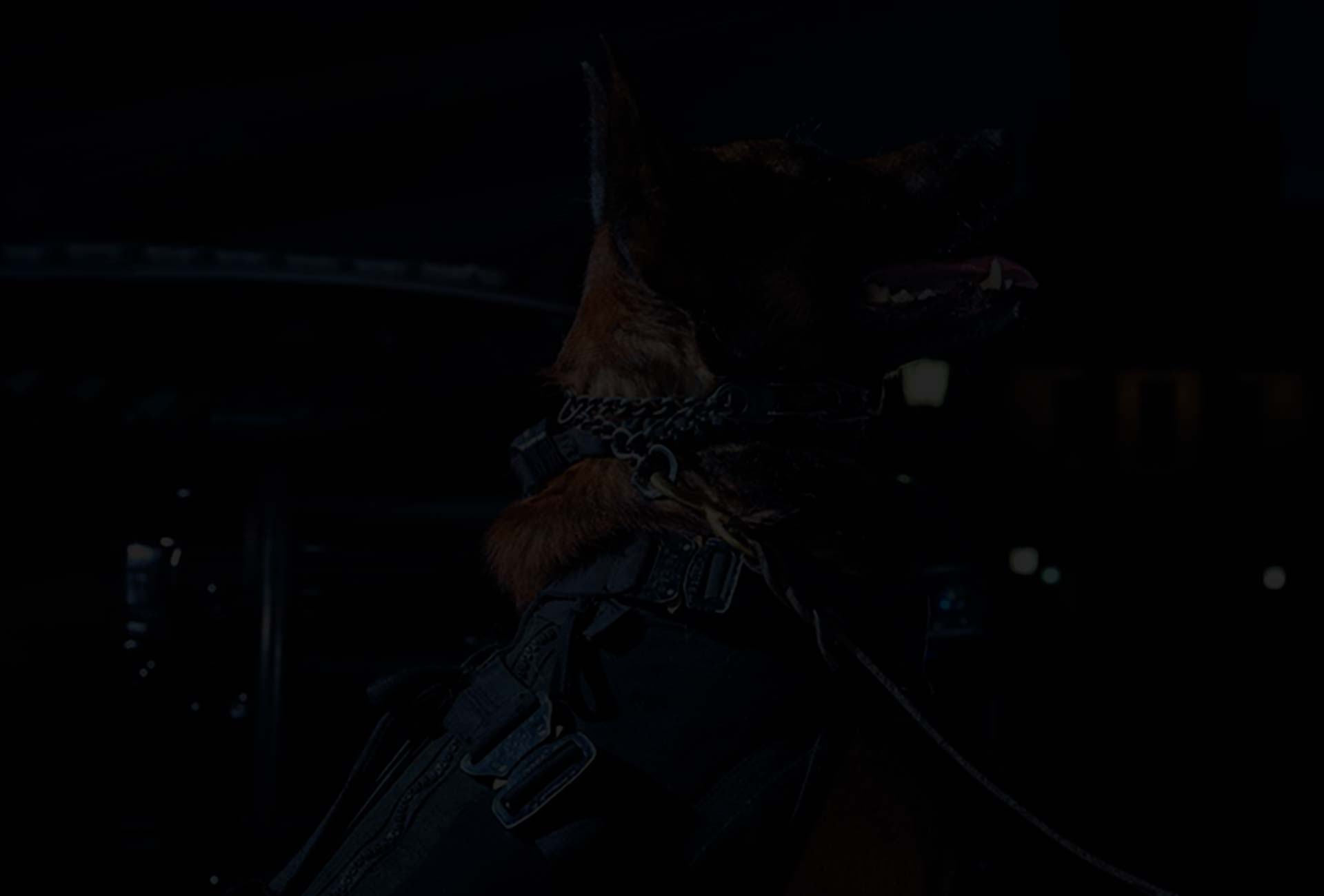 Project Paws Alive is a 501(c)(3) non-profit organization. All donations are tax deductible.
Receipts are provided.

Give with confidence. Project Paws Alive is a platinum level certified nonprofit by guidestar